One Hundred For Haiti started in 2010 as a relief organization after being a part of activist emergency response teams who delivered over 30,000 pounds of medical supplies and food to the people of Haiti by boat. Realizing that relief work creates a cycle of dependency, we formed officially and switched to a development model.

Our focus is always on listening to the people we serve and supporting what they want, rather than imposing our own ideas for humanitarian support on them and their communities.

We currently focus on four areas of support in the Ranquitte region in the north of Haiti: supporting people in a rural region in the northeast of Haiti to be able to build their own safe water tanks which allow for cholera to be prevented; an ongoing and active roof project where we pay for roofs to be put on rural structures with damaged leaky roofs, replacing the entire house where needed; providing seed to farmers so that adequate crops can be grown; and sending children to school.

One one success story: as of this time, since the start of the project to support local villages with cisterns to collect and treat water so that it is disease-free, there have been zero cholera deaths in the region, down from dozens in the years prior to the project. Water-borne illnesses of all kinds have been affected by the water being clean now.

We currently work with forty areas and support local Haitians who manage, maintain, and repair the water cisterns in those communities. 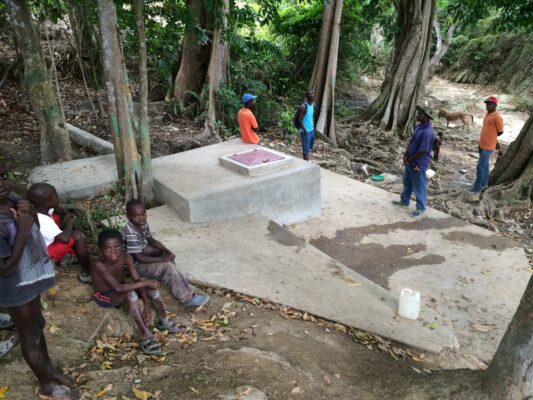